Dialogues Between Architecture and Context: Getting to Know the Work of Brasil Arquitetura

Nothing is more representative for an office than carrying the name of the country on its identity. Far from seeming banal, the architecture of Brazil in Brasil Arquitetura undergoes a thorough analysis that highlights aspects of Brazilian culture and society. 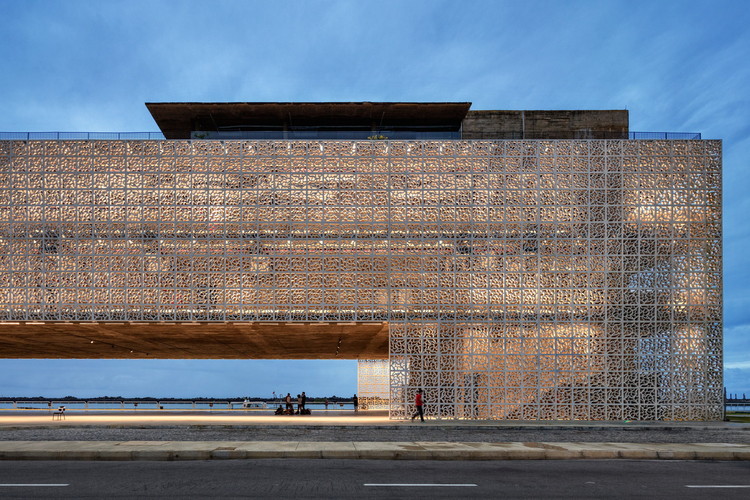 This São Paulo office, currently led by the two founding partners, Francisco Fanucci and Marcelo Ferraz, from Minas Gerais, had its origins in 1979. Colleagues at the Faculty of Architecture and Urbanism of the University of São Paulo (FAU-USP), together with Marcelo Suzuki, a partner until 1995, incorporated into the firm their trajectories that, from the beginning, were marked by the military dictatorship, in force in the years 60’s and 70’s – time when the trio was still in graduation. It was in this troubled period in the country’s history that much of the humanist character, later manifested in the Brasil Arquitetura projects, emerged.

Another milestone in the group’s trajectory that should be mentioned is the close relationship that Marcelo Ferraz developed with the architect Lina Bo Bardi. Marcelo collaborated on the Sesc Pompéia project (1977) as an intern and, after completing his graduation, continued on the construction site of the complex, becoming one of Lina’s main collaborators until the end of her life. In the meantime, they shared some of the architect’s most iconic projects, such as the competitions for the redevelopment of Vale do Anhangabaú (1981) and the Brazilian Pavilion at the Universal Exhibition of Seville (1991), both with the collaboration of Fanucci, in addition to the project to the Museum of Modern Art of São Paulo (MAM/SP) (1982) and the revitalization of the Historic Center of Salvador (1986-1990).

Living with Lina was fundamental to form the identity of the office, and it is possible to perceive in many of her projects the appreciation of the anthropological perspective, especially when it comes to working with architectural heritage. In addition, the keen eye of the architect, always attentive to ways of designing, to new uses for traditional materials and to the country’s own culture, endures through Brasil Arquitetura’s projects to this day.

In recent decades, the firm has gained international recognition for projects that involve interventions in pre-existing buildings, such as the Bahia Rodin Museum (2006) and the Bread Museum in Rio Grande do Sul (2007). In them it is possible to perceive important guidelines that guide the works of the office such as “the ability to look at the past and the future” seeking the new/existing relationship in the implementation; the “anthropological look” analyzed in the architectural program and the “technical rigor” with which the building system is conceived.

Even reaching different regions of the country and the world, respect and dialogue with the local culture is always present in the firm’s projects. As the architects themselves say, their architecture is based on a deep connection with the cultural foundations of each place and its protagonists. Self-styled cannibals, they digest intellectual, spiritual and poetic nourishment to propose their interventions.

According to researcher Audrey Anticoli, Brasil Arquitetura’s projects have six key points: design policy practice; communication across context (physical, social, economic); discernment in treating each project as unique; responsibility in ethics in relation to the consequences of their proposals; substantiality in the concern with materiality as basic/fundamental; and Brazilianness in the sense of the desire to relate the office’s production with a genuinely Brazilian essence.

In addition to the architectural projects, it is worth noting that, in parallel, the partners also created Marcenaria Baraúna – another representative name, as it refers to the typical tree of the north and northeast of the country. Through carpentry, the architects created a field of experimentation with countless wooden furniture of exclusive design.

In its trajectory, Brasil Arquitetura has collected national and international awards and has designed in different parts of the world, but maintains its roots in the culture of the country that bears its name.

Check out a selection of projects from Brasil Arquitetura below.